SkyFall – Does “M” stand for Mother? 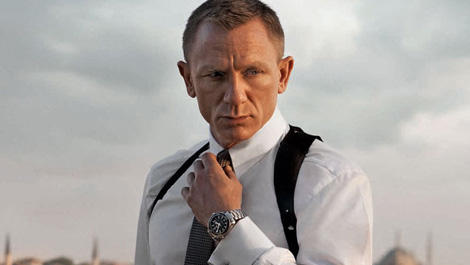 The first film I ever saw at the cinema was “For your eyes only”, in case you’ve never seen it, it’s a film where a ginger comedian / assassin looks for a giant calculator. Highlights include a talking parrot commanding a sexually aroused Margaret Thatcher to “give us a kiss” and in the pre-credit sequence our hero kills a disabled person by dropping him down an industrial chimney stack from a helicopter, the disabled man’s screams then morph into a sexy love song while Sheena Easton writhes out the credits.

It is definitely one of my favourite films ever. 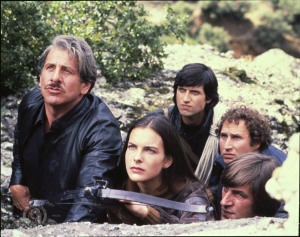 At the time I had never seen skiing before, let alone someone skiing down a luge run whilst fighting stuntmen. I had never seen mountain climbing before – a still exciting assault with Art Garfunkel? (see picture) on the mountaintop monastery St Cyril’s, or the old smugglers trick with cashew nuts or two unbelievably beautiful women throwing themselves at a middle aged pun merchant wearing a polo neck (actually one of them was just a sexually promiscuous child who Bond, quite sensibly, spurns and then offers to buy an ice cream). It was a crazy winter-olympics-mediterranean-diving-holiday adventure, a mishmash of what was hot at the time, culminating in Bond throwing the object he has spent the entire film chasing off a mountain. So all a bit pointless really. Luckily though they end on a high: a parrot talking dirty to Thatcher whilst Bond goes skinny dipping with a greek orphan.

You see, the thing about the Bond franchise is that Post-Connery it didn’t take itself seriously for a very long time; from “invisible cars” to Roger Moore’s karate, it coasted along with a knowing wink – Bond’s casual indifference to killing only palatable because they never suggested it was real. Let’s not forget, Lazenby aside, for all the exotic travelling there was rarely any emotional journey at all; the man who started the mission was the man who ended the mission.

But indifference isn’t cool anymore. Gone is the is the casual shruggery of by-gone heroes, the men with nothing to lose, nothing to be threatened with. Today’s audience need good old fashioned motivation. Peril isn’t really peril if there is no emotional investment in the character and in the action genre it’s vital, it’s the difference between Cobra and Rocky – the audience only feel the thrill of victory, they only cry, with one of those films.

Spectacle can no longer distract from dodgy plots and poor characterisation.

In short, these days it has to take itself seriously.

So what to say about SkyFall, the 23rd film in the mega-franchise, following 2008’s universally disappointing Quantum of Crapness?

Well, what a difference 4 years can make. Sam Mendes has delivered a film with that most elusive of qualities: balance. We have an original story, a character arc and some serious acting talent including Ralph Fiennes, Albert Finney and Judi Dench’s M, who is given a more pivotal role than the usual “scowls and exposition”. There’s a genuinely creepy but ultimately well motivated Javier Bardem, the man with the golden mullet, playing unhinged cyber terrorist Silva and a new Q in Ben Whishaw, a move which at first suggests that MI6 are recruiting their quartermasters from One Direction or Skins but which we become quickly comfortable with. Most importantly though, we are given the man himself – Daniel Craig’s Bond. Gone is the glacial, invulnerable super-spy and in his place a conflicted, driven, human being: Does he walk away or does he stay and risk his life defending the woman who has no compunction about sending him to his death?  And how much of his decision has to do with the loss of his own parents? Does M stand, in some way, for Mother? 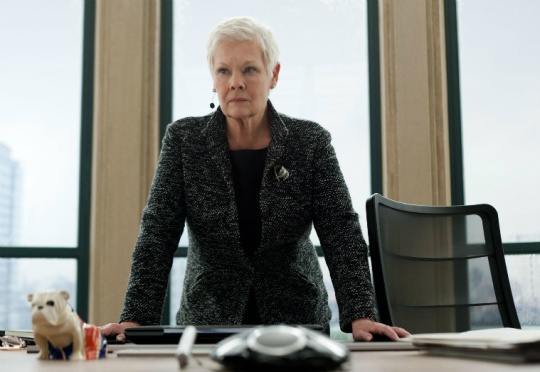 Craig is good at unspoken dialogue, with no mention of what has gone before in the previous 2 films, his Bond wears regret, loss and sheer emotional mileage on his granite face, a far cry from Moore’s levitating eyebrows.

The requisite action sequences, from the candle lit ‘dragon’ casino to the stygian murk of the last act’s caledonian siege, are convincing, gorgeously shot and refreshingly diverse in palette; the gadgets almost non-existent and for all the usual outcry about product placement there is only one really obvious one that grates. The ending is surprisingly touching and closes the circle nicely.

With enough nods to the past to keep the die-hards happy and enough depth to ensure Bond’s future it is a well balanced entry in to the Bond canon – there is little doubt that James Bond will return.