rat5ink has written 1 posts for

Where is My Mind (…and the rest of my music collection) ?

Two months ago a piece of music lodged itself into my head in much the same way that fragments of popcorn lodge themselves into your teeth. It was stuck, and no amount of poking and prodding with a mental toothpick could dislodge it. 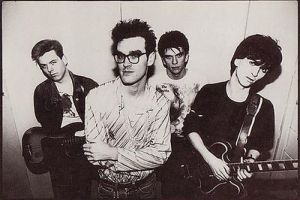 The offending opus accompanied a holiday advert. It seemed, at first, to be a nice gentle piano tune highly suited to the relaxing images it played alongside. But something was wrong. It would not leave me alone. I would hear it in my head before I went to sleep, during the day at work and sometimes during periods of insomnia. I was sure I had heard this tune before, but where?

‘Where is my Mind?’ Surfer Rosa, The Pixies, 1987. This mighty roar of an angst fuelled anthem had been watered down into a jolly little piano ditty used to sell holidays. Of course it didn’t stop there. ‘Strangelove’ by Depeche Mode (stripped of all its sleaze) and the opening strains of ‘Just Like Honey’ used to promote perfume ….and then there was Slow Moving Millie.

Please, Please, Please…don’t ever do this again! The Smiths may well be the most defining moment in my adolescence, so much so that losing my virginity and having my first cigarette pale into a mire of insignificance. (Spoken like a true Smiths fan there, I feel). The image that this song conjured up was far removed from a heart-warming Christmas morning scene where a young child arrives in his parents’ bedroom with a gift!

‘But JP it might introduce The Smiths to a whole new fan base…’ came the reply to my woes. Really? Well. Heaven knows they’ll be miserable now, when they encounter tracks like ‘Meat Is Murder’, ‘I Know It’s Over’ and ‘Pretty Girls Make Graves’. No amount of soppy sentimentality will save them from the beautiful realism contained in those tracks. Unless McDonalds are planning to use the phrase ‘heifer whines could be human cries’ as part of the 2012 McTasty campaign…

Maybe I’m crawling into an elitist bunker here, lamenting (still) the loss of Mr John Peel and forcing the anorak of indie geekdom onto unsuspecting passers-by. Does it really matter how you discovered a band?
Isn’t the most important thing the music, not the ‘source?’