This tag is associated with 3 posts

There are certain things that should be labelled as untouchable when governments want to make cuts. In any case, when cuts are made from public services they should be made where the effect will be felt least by the people the public is serving, if you see what I mean.

So if local councils do have to cut back on things, then shelters for victims of domestic abuse, public libraries and public loos shouldn’t be affected. They should cut their marketing budget, the publication of useless leaflets about recycling budget and maybe their bonus pool. (Recycling isn’t useless, but junk mail about it is.)

If the NHS, already under attack, has to make cuts, they should be slashing IT and management budgets, not medication and front line medical staff budgets.

I think you get my drift. 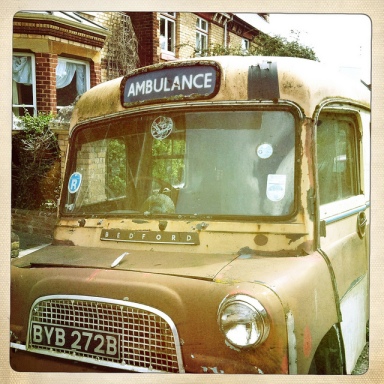 Now, have you ever needed the emergency services? I have. Last year they saved my life. Good job I am in France, and didn’t have to depend on good old 999. Because it is being reported that first response police officers have been axed in their thousands since the non-elected government came to power in the UK.

What else has been reported about cuts this week? Ah, factories giving employment to disabled people are going to be closed down. A few weeks ago we learned that women’s refuges are losing funding.

Soldiers are being killed in Afghanistan and the British people want their troops brought home. It would be a logical step as cuts to defence are being made. But if it is to bring them home and then send them off to Iran, which David Cameron won’t rule out, then heaven help us all. And not to say I told you so, but I have been worried about the idea of us attacking Iran for quite a while. For the record I am absolutely categorically against war unless we are really, truly, under threat of attack. I’m not going to say I would support a policy of non-intervention like the Chinese do, but I do get a bit fed up of Western politicians trying to tell the world how to behave. It’s bloody hypocritical.

But if we were to intervene in Iran, or the Falklands, or Syria, or anywhere else (and political leaders like military intervention, as cheering on the troops stops us thinking about the things that are going on right under our noses) surely, surely, the troops will need uniforms. And weapons. And money.

Cuts. Fed up of them. As the only people who are really paying for them are you and me. Well, you. As I live in France.

This is a subject that those of us who take an interest in mental health politics are constantly banging on about, but the message still doesn’t seem to be getting through to others.  The problem is, I think, that all this banging on goes on in circles of people who already know it all already.  If you blog about mental health issues as a sufferer/survivor, it is almost certain you will have encountered stigma yourself.  You will have faced the dilemma of whether to reveal your illness to employers, you will have avoided the subject with relatives you know will just make stupid comments.  So reading the statistics just confirms what you already know.

A report, published last year by the NHS Information Commission, found that only 25% of people would trust most ex-patients of a mental hospital to babysit their child.  21% believed that anyone with a history of mental illness should be prevented from ever taking public office.  11% would not even want to live next door to somebody who has ever suffered from mental illness.  People with mental illness have the highest “want to return to work” rates of all disabilities, but face the biggest unemployment rates of any category of disability.  They also report difficulty in getting treatment, not only for their mental illness, but for any physical illness that may also affect them – people with severe mental illness have a life expectancy that is shortened by around 10 years.

The facts make depressing reading, and even more so when, as I once witnessed myself, they are displayed on a colourful information board in the corridor of a psychiatric ward.  Right next to the door. At one point I hatched a theory that it was put there to stop us wanting to escape to the stigma filled outside world.  Looking back, I was probably over thinking things a little…

This is the thing though.  When we are mental in the first place, we need a bit more understanding, because we are likely to be much more vulnerable.  There is no doubt that we face problems with which we are less able to cope.  I’m not sure that just telling ourselves that the problems exist is really going to help much.   It might make us more afraid to go out of our comfort zone, away from the people who know what it is like to be mentally ill.

Of course, there shouldn’t be stigma, but I think that we need to go beyond raising awareness that it exists and start trying to cope with it when we do see it.

I’m not saying that it shouldn’t be fought.  Of course it should, and I will happily join in the fight.  But, the fight will be ongoing for  while, and all that time we will still have to find jobs, talk to old friends and live our lives.  We can’t just write STIGMA on our front doors and not go out until it goes away.

If there’s one institution (and in fact there are many) that I’ve learned to truly appreciate during this time in Kenya, its the UK National Health Service. Free health care at the point of delivery. Treatment for those who need it, without assessment of their ability to pay. Rationed, yes. After a wait, ok. Sometimes a postcode lottery. Not a magic wand. But ambitious in its vision, a testimony to what you can choose to do with taxation, and a miracle of our times, of which to be truly proud and for which to give daily thanks. The freedom which comes from believing that should I, or mine, be struck down by illness, professional help that we can afford will, most often, be offered.

I’ve been thinking of blood recently. When we arrived, we filled out forms at Tom’s work to join the Walking Blood Bank. Gave it no further thought. Assumed, vaguely, it might be about access to pre-screened or better nourished blood. Gradually I’ve got wiser.

Now I’m in the networks I get regular texts and emails asking whether I’m a specific blood type to give blood. I’ve been a blood donor in UK, it’s surely a good thing. But here, in extemis, the appeals are to give earmarked blood, to donate my O+ for my mate, patient B, or a classmate’s dad, or the radio appeal beneficiary, patient C, and her alone. No man is an island and there aren’t the storage facilities, or, I think, enough donors. Here you need your network. You need your employment-based Walking Blood Bank. In case of emergency, you may need your O+ mates, the school mums, and their spouses, and their friends and relations, and the Quaker meeting and the book group, and additional Samaritans, and need them not just to bring grapes, or to bring the children home from school, but to turn out and to donate their blood.

Sanitary towels are another big issue. A hidden issue. An embarrassing issue I’d guess for many Kenyan young women. They aren’t cheap – probably 200 KSh – £1.50 for enough for a monthly period. But lots of poorer families in the slums try to live on 75 KSh for the whole family a day. So girls, young women, older women have to manage without sanitary towels. Try to make do with leaves, mud or rags. Many have to miss a week of school a month. Not good for self esteem, health or education.

An Irish women’s group goes to some schools in Nairobi’s slums and hands out termly sanitary towels to the pupils. Local women’s groups make cheaper ones to generate jobs. But they are a drop in the ocean. A friend passed me another appeal recently. For sanitary towels to work, you need knickers. And those who have no sanitary towels, in general have no knickers either. So this other appeal is to donate pants. Not pants for all the month. Just pants to be worn during a period. Parties for panties they suggest. Instead of bring a bottle, bring a pack of pants to donate. I have to say, it’s a form of solidarity which appeals. But like the peace movement saying that you don’t see generals holding cake sales to pay for the latest military hardware, pants, sanitary towels, blood they’re such basic needs in this country where you see many with plenty as well as extreme poverty.